Sunday morning ride to the Tui Brewery.
Attendees:
Pieman, Princess, Poppa Smurf, Mung Bean, Nobby, Andy, Karen, Wally, Audrey, Nik, Mike, and Keith, with Al joining us along the way.
7 bikes and Andy's ute loaded to the gunnels with bodies. Weather was nice to us, albeit a bit chilly. Pieman led the charge up SH2, with Nobby tail-end Charlie. Rode straight up the main drag with the plan to come through the backcountry on the way home, once the ice had a chance to melt.
The brewery was hosting a Japanese car meetup, so those interested could have a look around. Heaps of people in attendance for that.
After coffee and a snack, the ute, Keith, and Al departed for home. Nik led the remainder back to Masterton via Pongaroa and Alfredton. A fair amount of road works underway between Pongaroa and Alfredton. A great day for a ride on some of our great back-country roads. 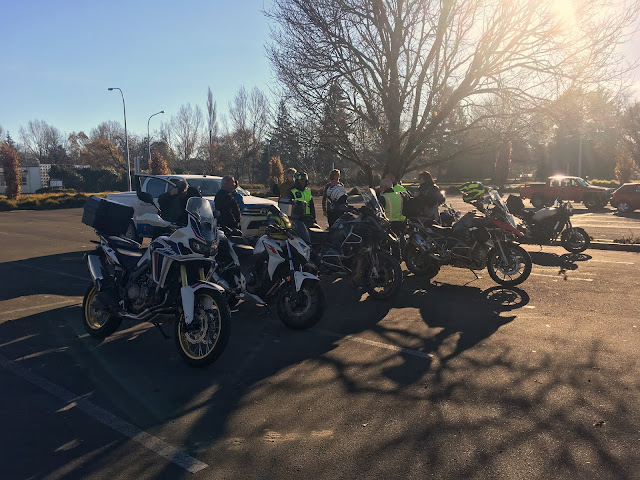 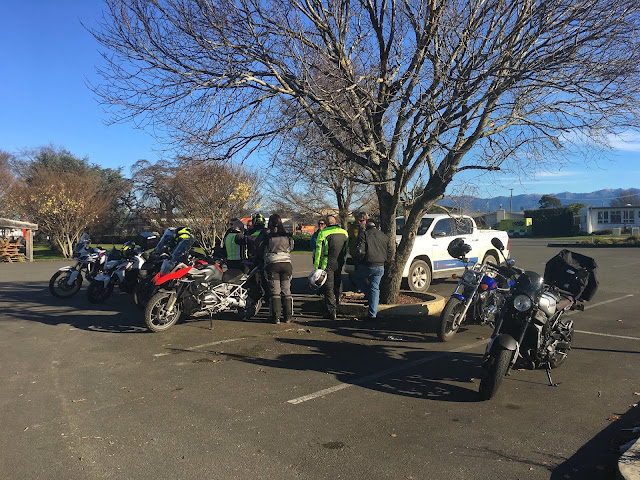 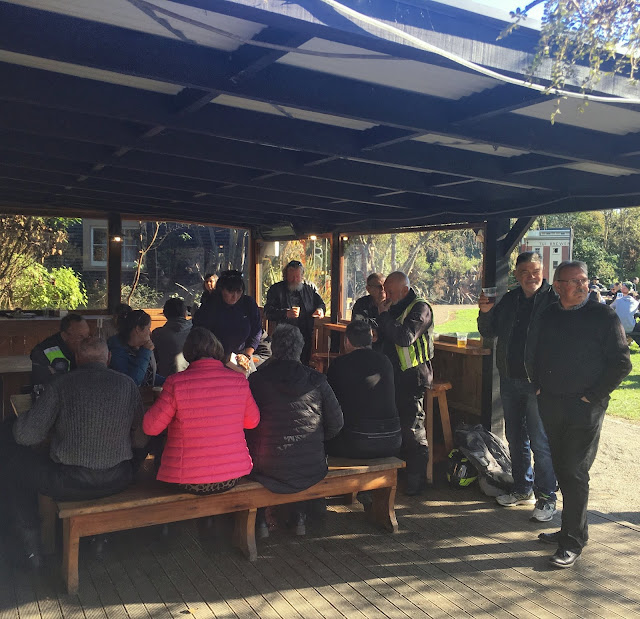 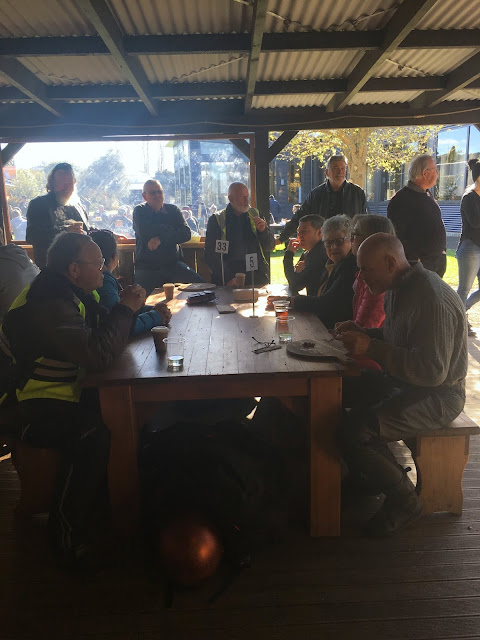 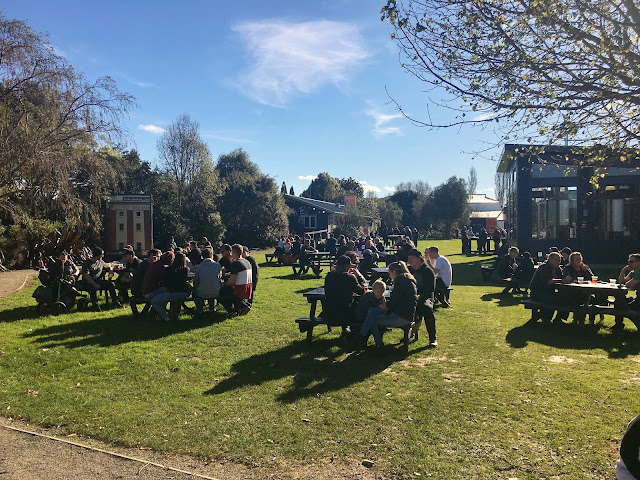