It was a grey and drizzly morning in Carterton and the wind was getting up but the cold frosty
weather from the previous day was long gone and it was a balmy 10C. I put my water proofs
on and headed up to Masterton to see who else was braving the elements. Lawrie, Nobby and
Mike turned up so we went to Riversdale for coffee and a toasted sammy. As we headed East
out to the coast the clouds faded away and we had a beautiful blue sky to sit under for lunch.
On our return we took the gravel option, via Homewood road. Nobby went on to Masterton
because he had stuff to do and was on the ST, not his Africa Twin.
The first part of the gravel was hard packed and straight so was very easy, Mike was riding
his new BMW F700GS with road tyres so was being very careful, no one wants drop a new
bike in the first week of ownership. The road started to curve up nicely and the gravel got
deeper as we headed on, Lawrie up front setting the pace. I stayed behind Mike and watched
him have a few “moments” in the deep gravel on a couple of bends. We stopped to re-group
and I gave Mike a couple of tips about standing up on the tighter turns and sticking his head
and butt out to put weight on the outside of the turns. This helped and we made a good pace
for the final part of the journey. I returned home just in time to miss out on a down pour, a
great way to spend a Sunday morning with friends. 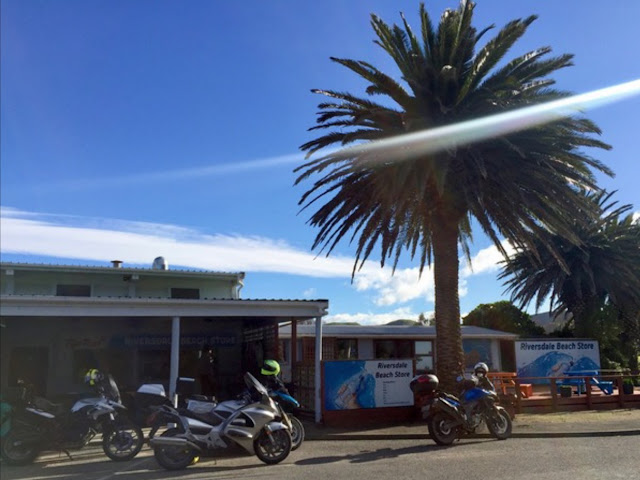