One of the best has ridden on! 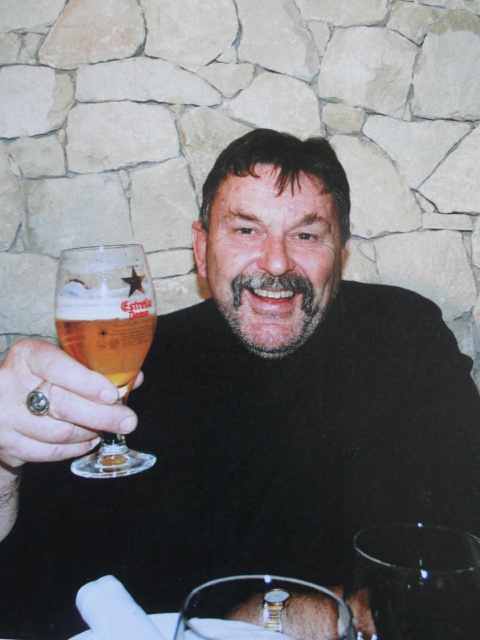 Richard joined the Ulysses club in Febuary 1991 and was originally associated with
the Wellington Branch until the formation of the Wairarapa branch 16th August 1999.
In August 2000 Richard was appointed Coordinator of the Wairarapa Branch after the resignation of Ron Graham and in the General Elections held in May 2001 he was duly elected to that position. He was the Branch Coordinator for a further four years.
Richard, together with wife Jill formed the very foundation of the camaraderie and friendship that lives on in our branch today.
Richard and Jill liked people and people liked them! I can't remember ever being at their home without finding someone else there. Either a family member, friends or other Ulyssians staying over during a trip. Their home truly had a revolving front door and everyone was made to feel welcome.
Richard loved to entertain people at the theatre. He loved to socialise with people in the Ulysses Club. He loved to build homes for people and he loved to ride his motorbikes.
Richard was also a great advocate for supporting the Ulysses Club Annual General Meetings and he and Jill attended every one. Each year he would try to encourage our members to attend ­ with varying results, but in 2014 a large contingent of members from the Wairarapa Ulysses including Richard and Jill were heading for the AGM in Invercargil.
After having more surgery on his face Richard was unable to wear a helmet and so he and Jill, determined not to miss the occasion decided to take Milly, Jills little Mazda sports car.
We all attended the Nelson Guss Rally on the way down and had a great time, but later during that night Richard became unwell, an ominous sign of things to come.
Richard and Jill never made it to the AGM. Richard took a turn for the worst and was rushed to Nelson hospital.
The next 18 months would see both Richard and Jill riding a rollercoaster of highs and lows struggling with Richards health. Fighting the disease with all they could right to the end.
Greg Evans
Richard Jenkins was a great friend to many. He was a great ambassador for the Ulysses club.

Richard Jenkins was a great bloke!
Posted by UlyssesWairarapa at 19:43 No comments: 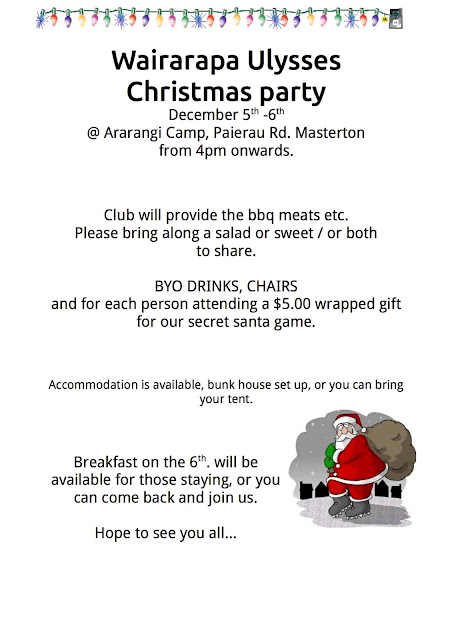 Posted by UlyssesWairarapa at 19:55 No comments: