Saturday lunchtime I was at home so I decided to give the bike a quick check ready for the trip to Turangi the next morning. All was well until I went to check the tyre pressures and found the rear was almost flat. It had several pieces of packing staple stuck in it so was past repairing. Had to make quick call to Rex who managed to get into Langlands as they were locking up the doors for day and pick up a tyre for me.

Sunday morning and its misty, a good sign, it will burn off shortly and be a beautiful day. I headed up to the Farriers car park where I met Rex and we waited for the others to turn up, there were about eight of us due to go at last count. 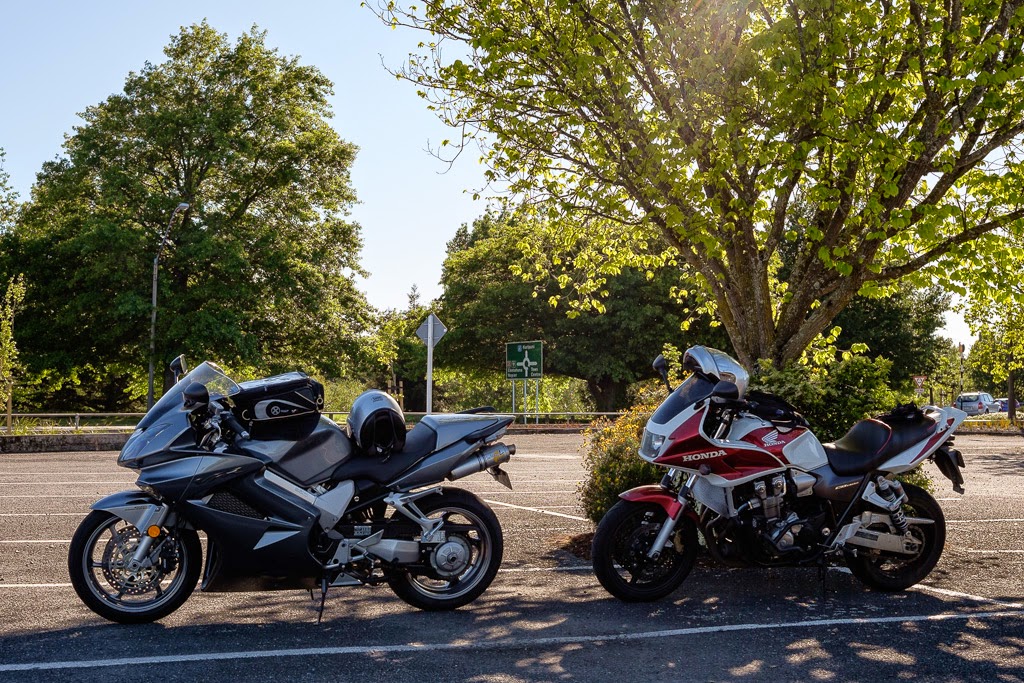 8:40am and no one else had arrived so we took off, me leading and Rex tail end charley. We went over the Pahiatua track for some fun and then up through Ashhurst and over Vinegar Hill. We stopped in Taihape for a coffee and refuel. It had been around 9C all the way so a bit cool but not uncomfortable. Crossing the Desert Road it was a beautiful clear day and we got a great view of the peaks. There was one orange police car chasing people up and down but other than that it was a pretty clear run. 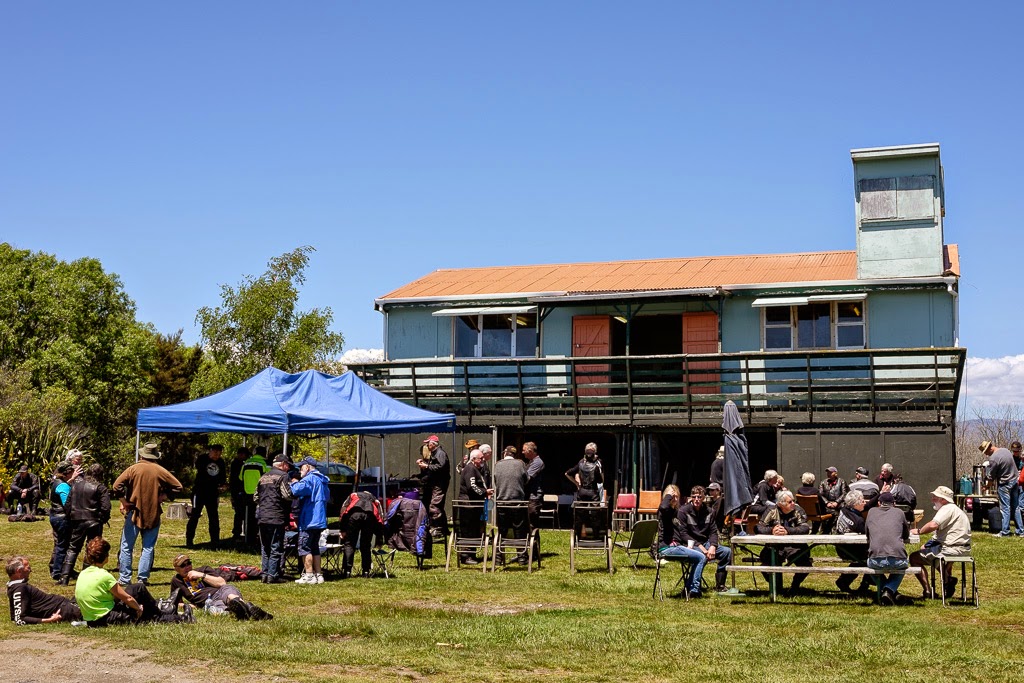 We arrived at Stump Bay just after 12:00 and they were already getting short on food, it had been a bigger turn out than expected so it was probably a good thing we didn’t have many numbers that day.

Sat in the sun eating sausages and smoked trout when suddenly Tony appeared on the scene, he had travelled up later due to completing the Capital 1000K the day before. Tony had brought his CBX1000 along for a run and it got all the attention it deserved in the car park. 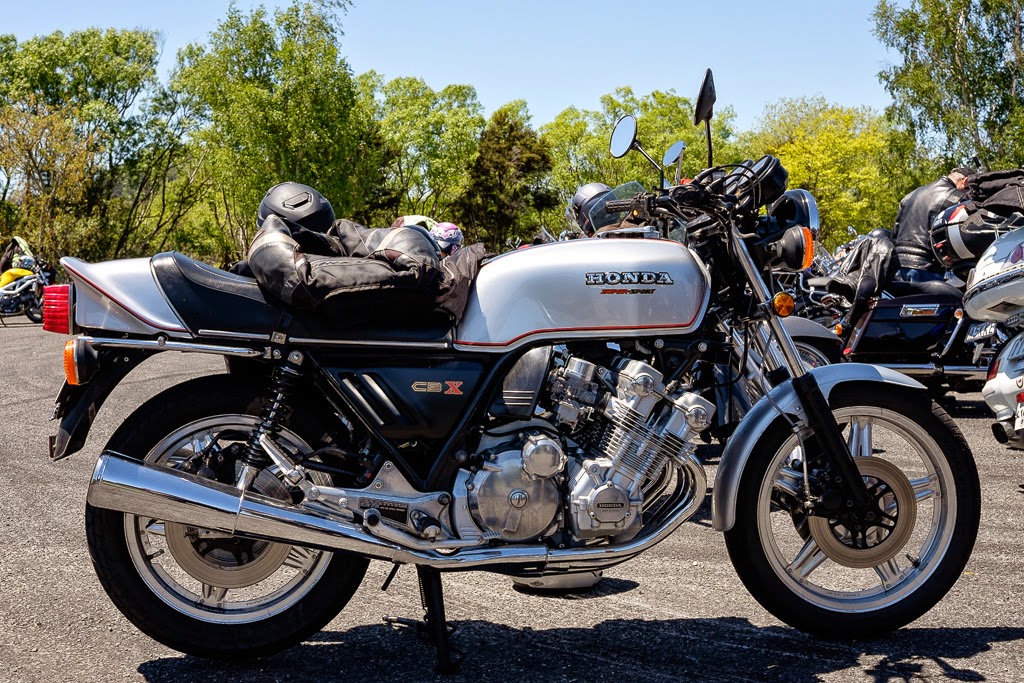 After catching up with a few familiar faces we finished off the grub and had cup of tea and were back on the road again. Tony led on the CBX1000 and Rex and I just about managed to keep up with him along with a ute that was hell bent on trying to stay with us until we hit some traffic in the twisties and left him behind.

A great days riding with perfect weather and company !